Janet is retired and a busy grandmother whose heel pain was so severe that she was unable to do many everyday things around the home. She couldn’t even bear to sit down for long periods as getting up was too painful. Janet came to us, as she wanted to be able not only to perform everyday tasks around the home, but also to enjoy walking again. She had already tried other treatments, such as orthotics and physiotherapy, but she was still in considerable pain. 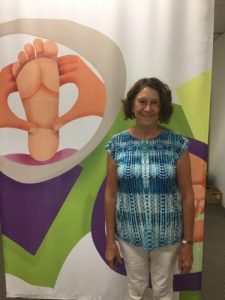 When Janet came in for an assessment, it was easy to see that she was suffering quite a bit of discomfort — she limped when she walked and the area surrounding her heels was painful to touch. We sent Janet for some weight-bearing X-rays to ensure we could address the underlying cause of the pain.

We prescribed a course of foot mobilisation for Janet. This treatment is a gentle hands-on technique that moves the joints of the feet through their natural range of motion. We also gave Janet some basic exercises to complete and provided acupuncture throughout the course of her treatment to assist with her pain.

Upon the completion her initial stage of treatment, Janet saw a 30 per cent improvement in her condition. She was now doing more around the house, and was able to walk more than she had previously. In her final review, Janet had an awesome overall change — she reported she was now able to walk freely and was no longer concerned about doing everyday tasks. Most importantly, she was able to play with her grandchildren. Janet’s second set of weight-bearing X-rays showed a huge structural improvement, indicating that we had successfully addressed the underlying cause of her foot problems.

Janet was always fun to have in the clinic, and we are delighted to be able to have successfully addressed her foot problems and eliminated her pain.

If you have pain in your feet like Janet, don’t let it restrict your ability to enjoy everyday life. Come in for an assessment at Alternative Foot Solutions. Call our Manly Vale clinic on (02) 8966 9300 or book an appointment online.

Sorry, the comment form is closed at this time. 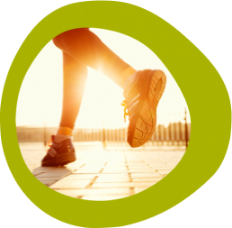 *Claimable on your private health insurance